The degree of sophistication of bulk materials storage product lines has increased considerably. Bulk storage is progressing from unfettered outside storage to covered structures; a more contained exposure to the environment. Fabric, steel, and concrete structures represent the environmental envelope over bulk materials. 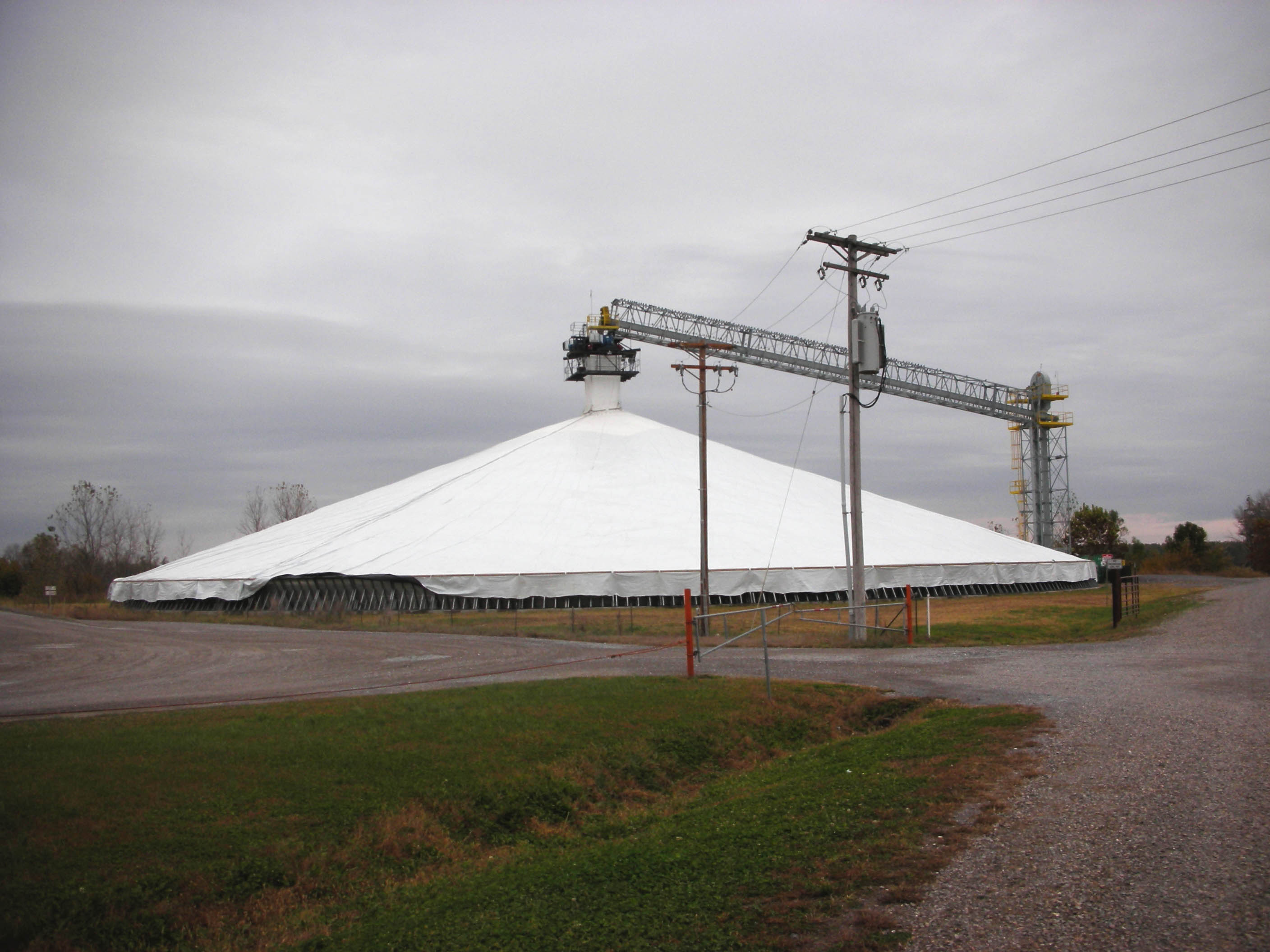 The structure is minimal, following the grain angle of repose. It is adaptable for various grain characteristics. For example, if the angle of repose were higher, the amount of skirt fabric overhang would be reduced. The retaining wall on the edge is fabricated with galvanized metal and functions as an integral part of the aeration system. As the grain is reclaimed, sections of the retaining wall are removed and the end loader has as much access as it is allowed by the removed sections.

The center stacking column has a fan system that continuously sucks air through the bulk storage. The air is drawn through the peripheral retaining sections to the center column and exhausted. The negative pressure holds the fabric against the stored material, keeping the fabric from “flapping”.There is an elaborate anemometer system on the column that increases the negative pressure according to wind speed. Note that when the wind exceeds 40 mph (64 kph), a crew is required to monitor the stability of the fabric. 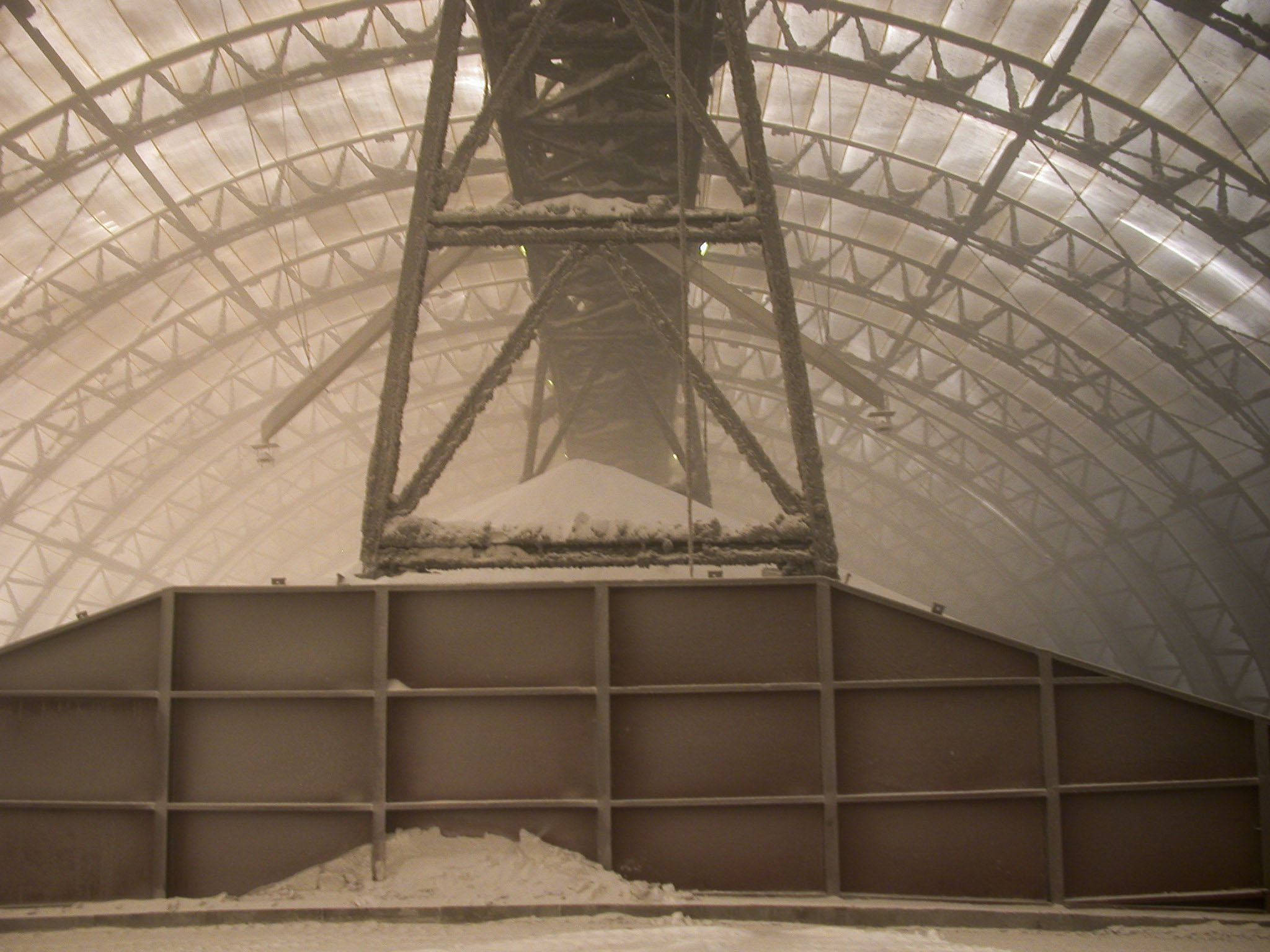 Another type of fabric structure consists of an arched structural frame over a conventional tripper conveyor (with a tunnel reclaim belt conveyor). Figure 3 shows a urea storage fabric structure draped over the steel frames. Since the building is held under negative pressure, the entry is an airlock structure.

This particular building was on a high water table. The center tunnel concrete structure enclosed the withdrawal belt tunnel and provided the structural support for the tripper conveyor support bents. The fabric support structure has an independent foundation. The owner used an asphalt floor between the tunnel and the building perimeter. 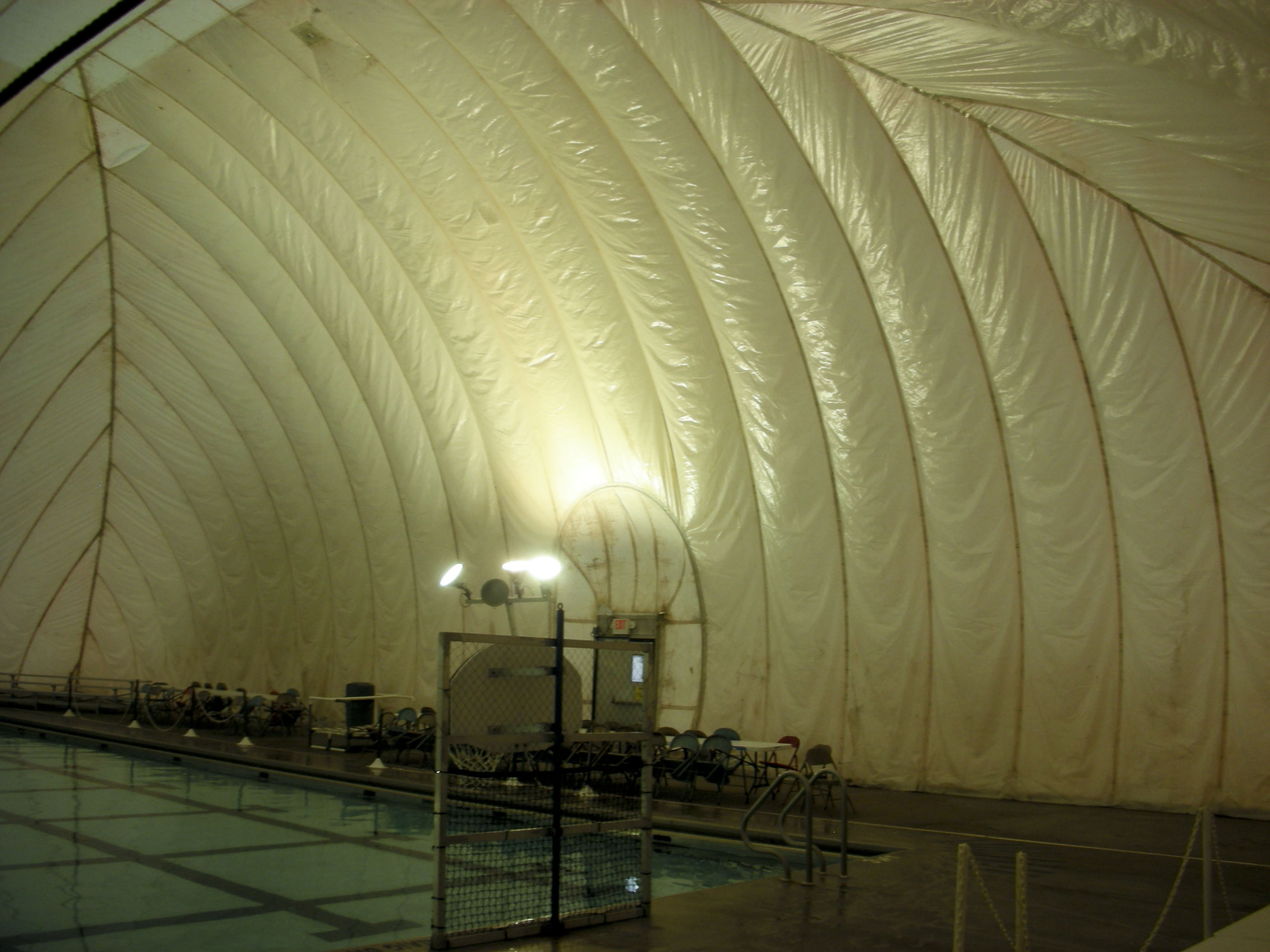 Figure 4 shows a classic air supported structure. This structure was over a swimming pool; however, these types of structures are feasible for bulk materials storages.

Only the inflation fans provide rigidity to this structure. For industrial applications, large air-lock entries and backup power supply for the blowers are mandatory. 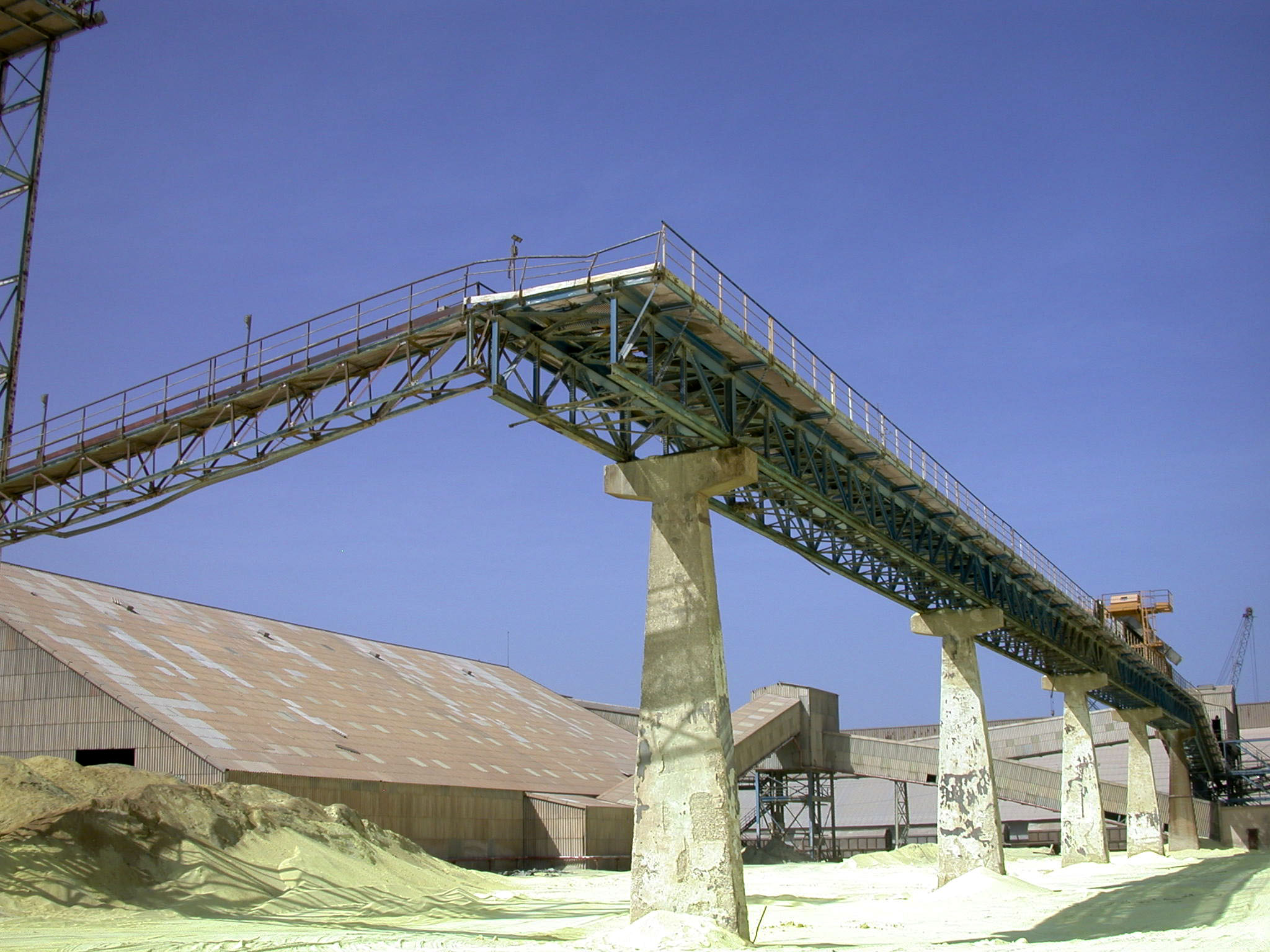 Figure 5 shows one of the most common and traditional bulk storage arrangements. There is an outside tripper conveyor in the foreground. A metal structure with a tripper conveyor in the gallery is in the background. The product is elemental sulfur, which in most locations would not be a candidate for outside storage. This particular facility is in the Port of Dakar, Senegal, Africa. 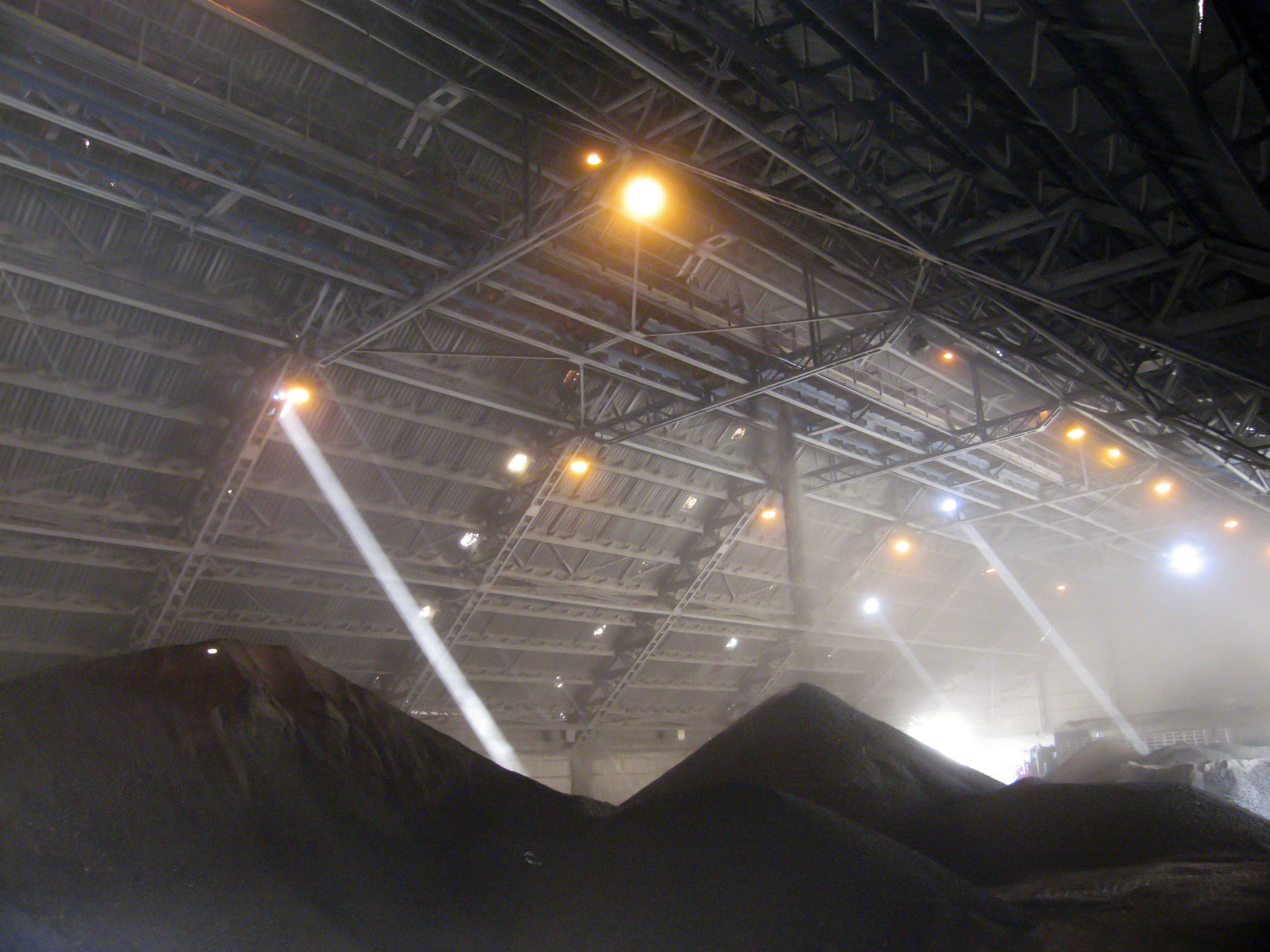 Figure 6 shows how a typical bunker building looks inside. A tripper conveyor distributes the bulk material. Under floor tunnel or tunnels are used to reclaim material.

Note that under-grade reclaim tunnels typically claim less than 1/3 of the storage volume. The majority of the stored material must be repositioned by dozer over the static reclaim positions. This work is done in an inhospitable environment for both the equipment and the operator.

The venting volume to keep the dust from escaping outside the building is uneconomical with the door open. Figure 6 – Inside a Metal Bunker Building 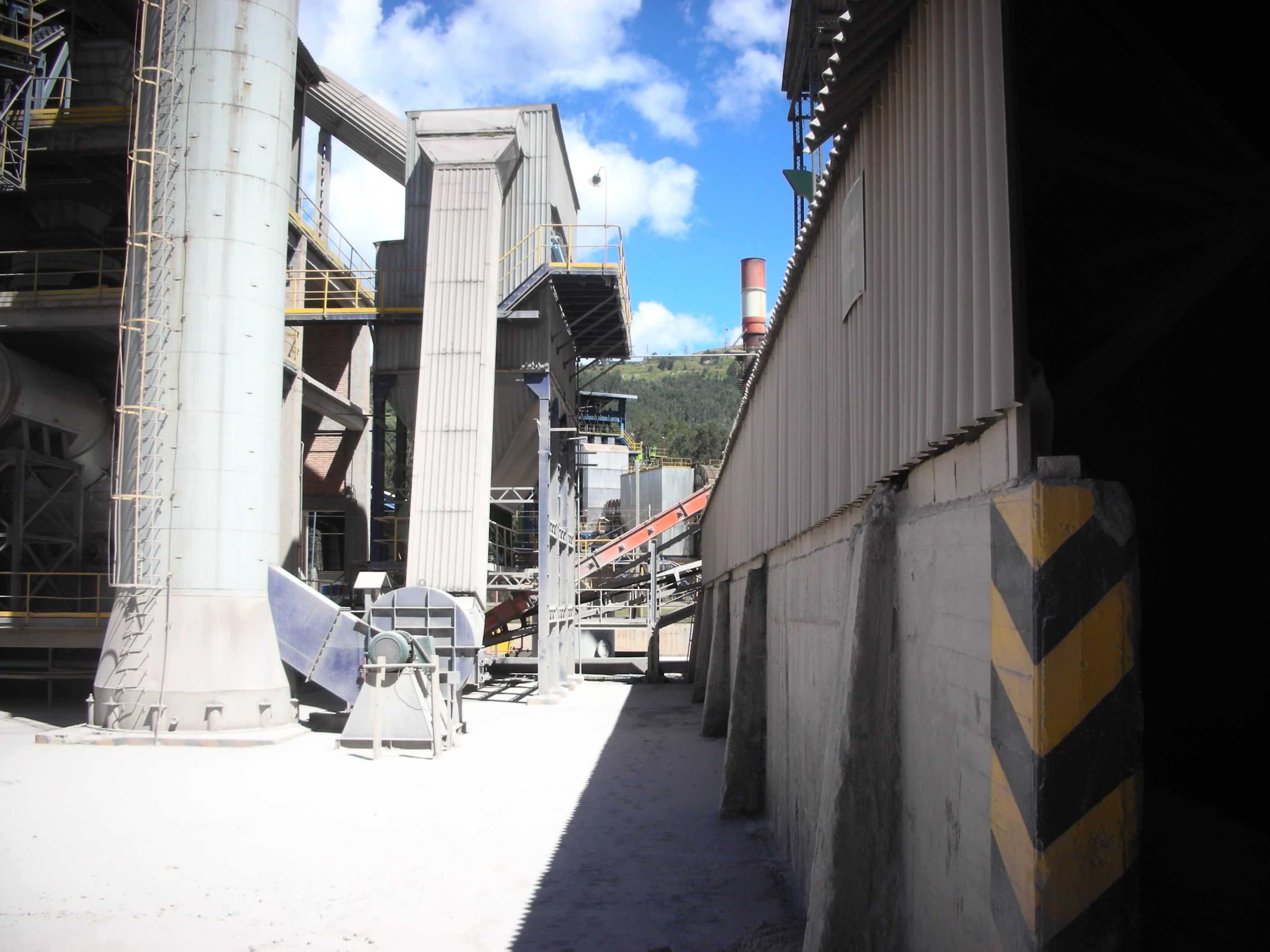 To increase the amount of reclaimable material, often the metal building is constructed with concrete retaining wall sides. Figure 7 shows a 3-meter high wall reinforced with a counterfort. This is an effective way to increase the depth of material. Typically, retaining walls taller than 3 meters are not economical. 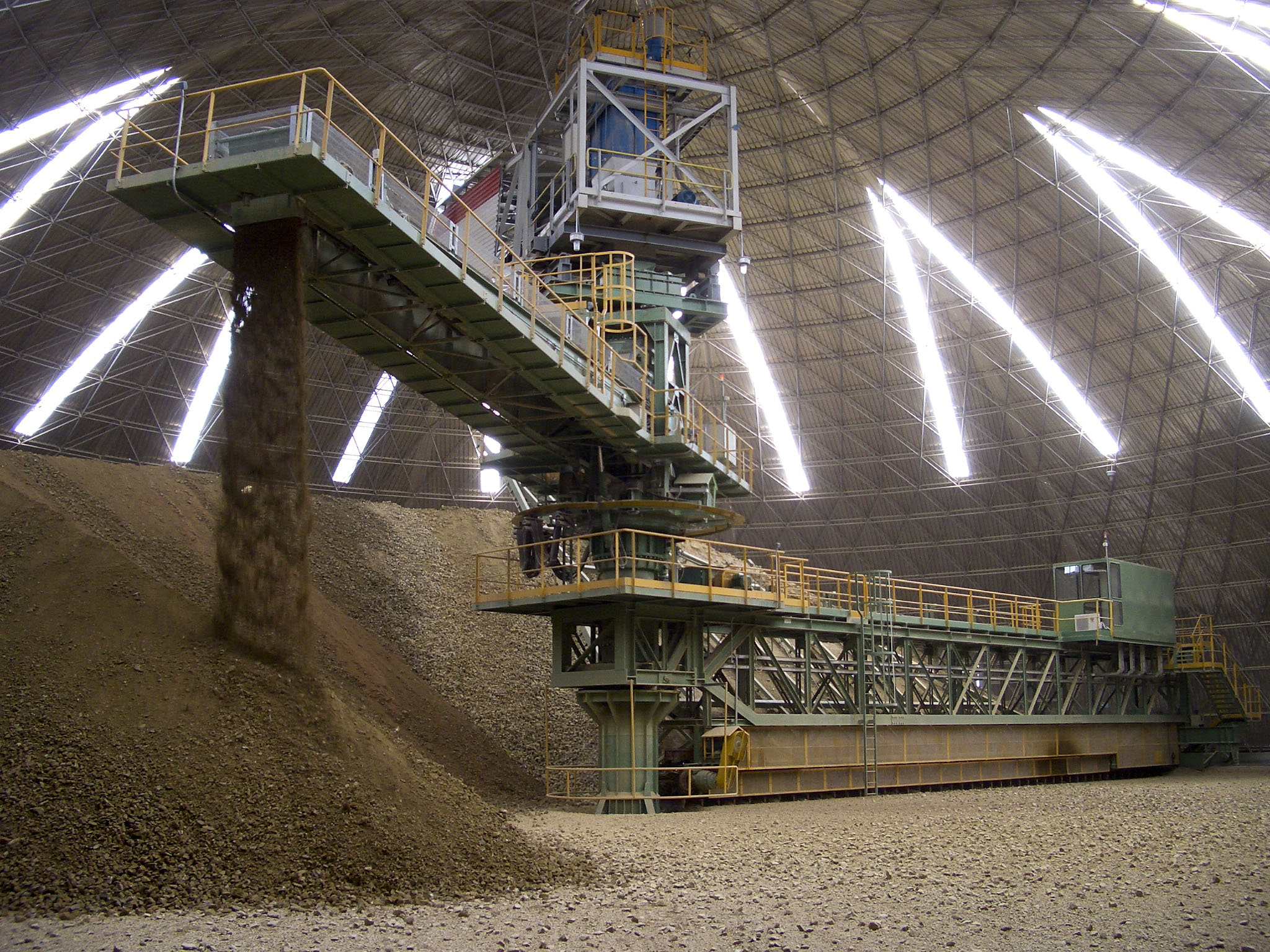 Figure 8 shows a typical reclaimer in a Space truss style dome. Circular stacker / reclaimers are very popular mechanical devices since they can be used for blending the material fed into the storage. The reclaimed volume is generally 100%. A “rake” reclaimer further develops the overall product mix. A popular cover is the steel space truss. 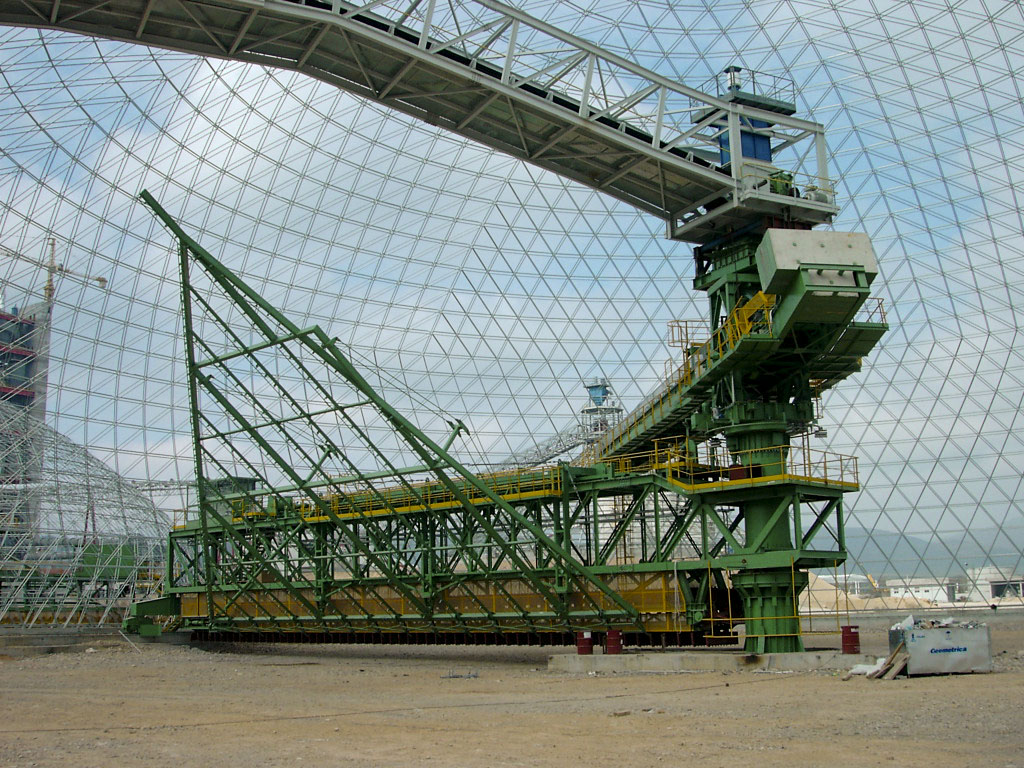 Figure 9 actually shows the truss under construction, with the aforementioned “rake” over the reclaim bridge. 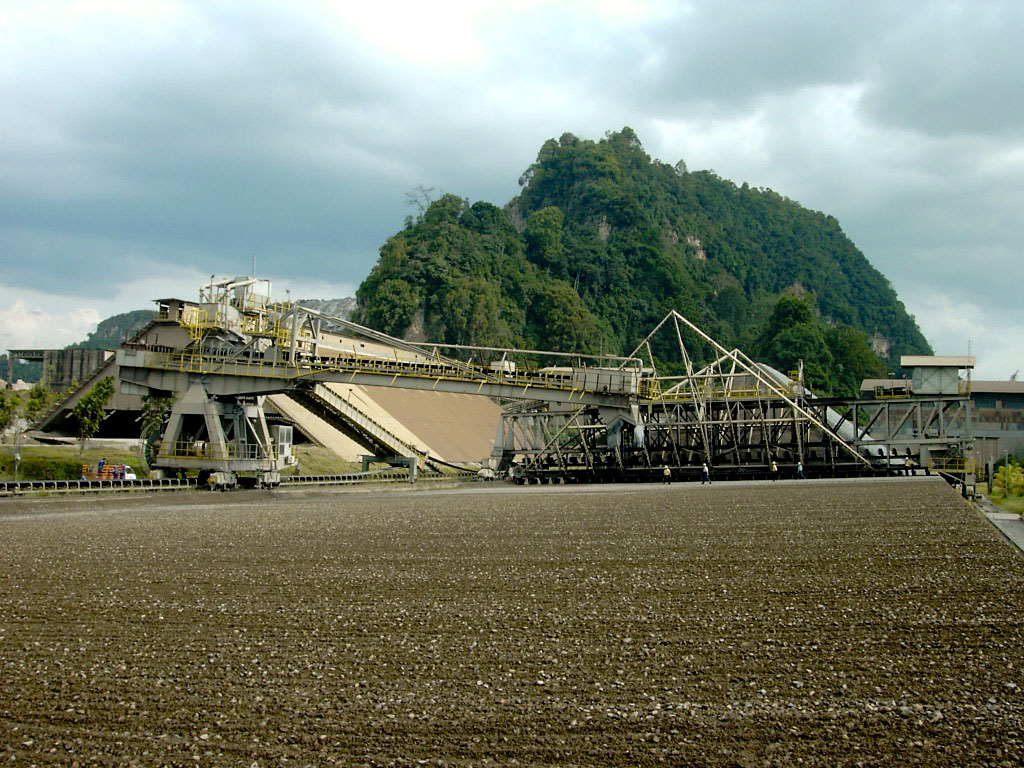 Figure 10 shows an example of a portal stacker/reclaimer , which is a common type of linear blending system.

The typical cover for the linear storage is a frame type steel structure with metal cladding. It can be either a space frame or, in shorter spans, a conventional A-Frame. 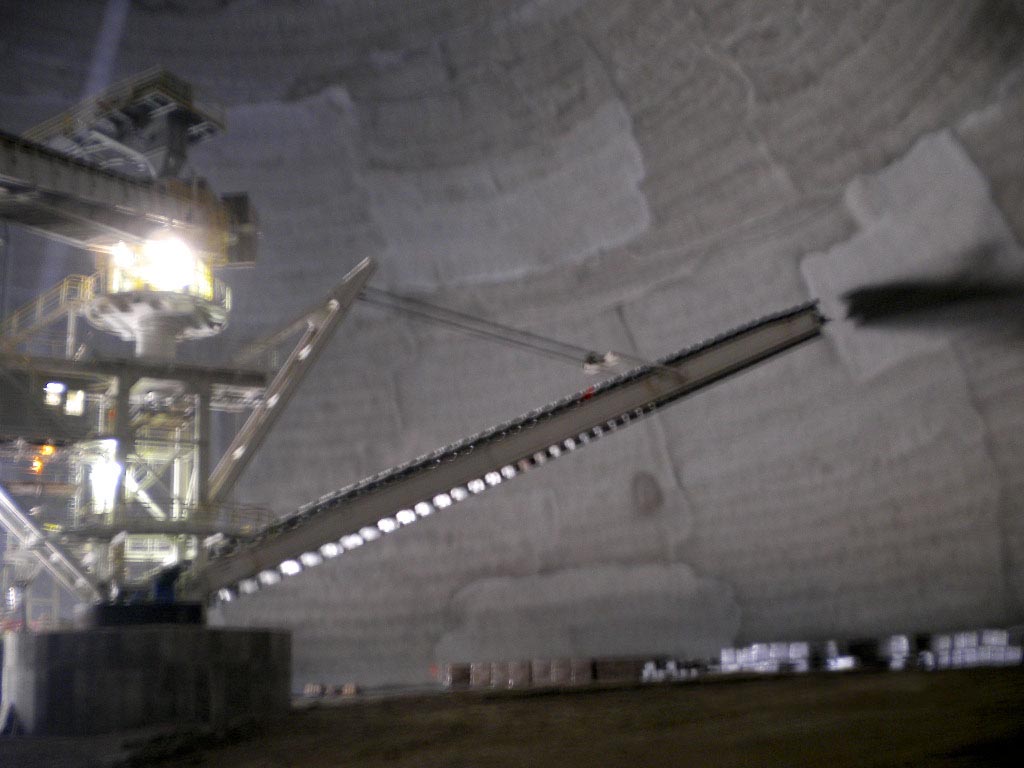 Concrete shells offer one more degree of containment. Typically, they are very economical retaining structures. When used with a circular storage / reclaimer such as inFigure 11, the shell can support the bulk load to considerable heights. 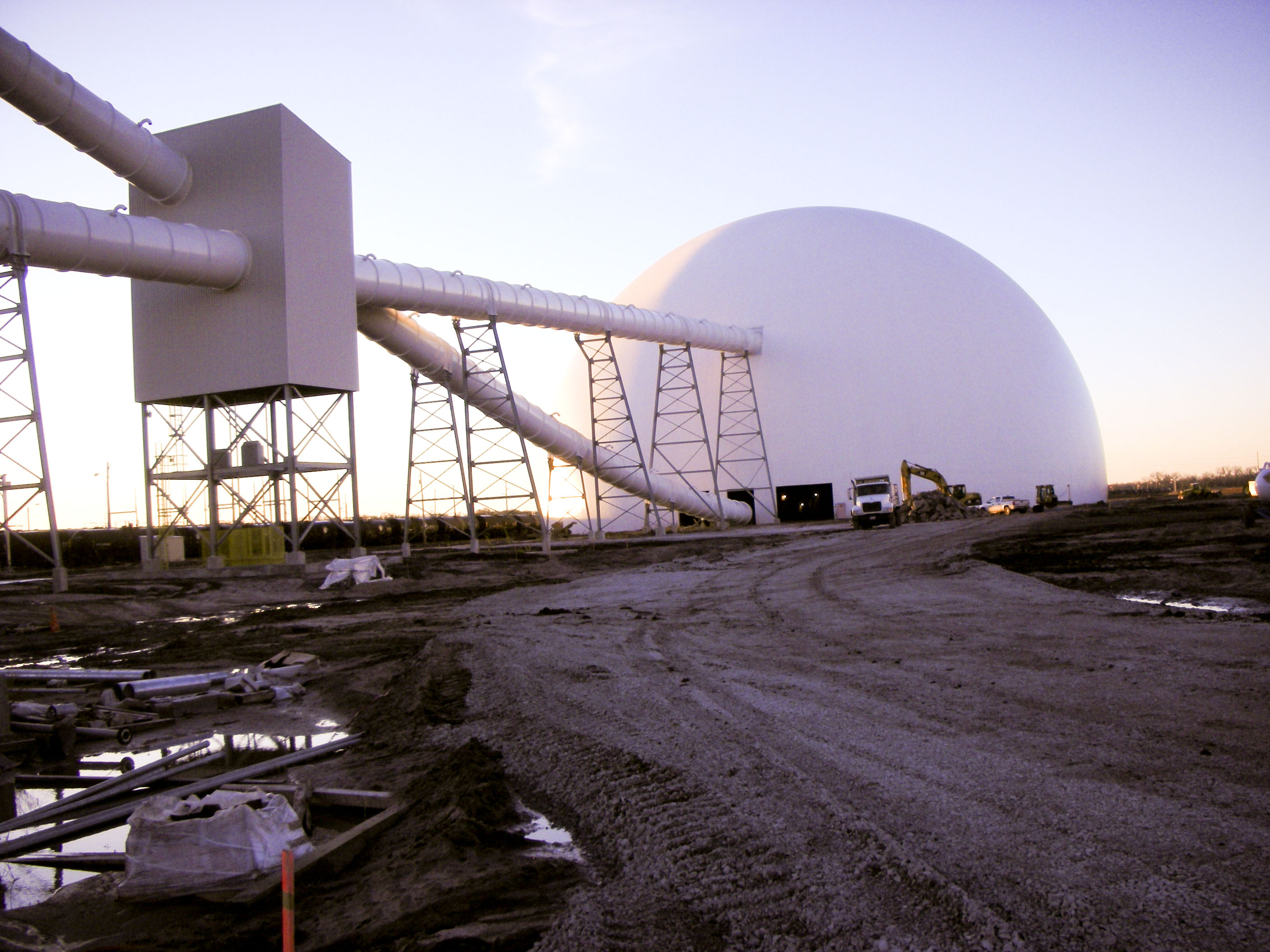 Figure 12 is an exterior photo of the same coal storage dome in Figure 11. The environmentally conscious Owner chose a white exterior for Powder River Basin Coal.

Earlier, it was noted that an open pile has less than 33% live storage (a pile with a central tunnel). Using the attractive structural cost of concrete dome construction, a couple of tunnels and a tall dome can increase the live storage well over 85%. 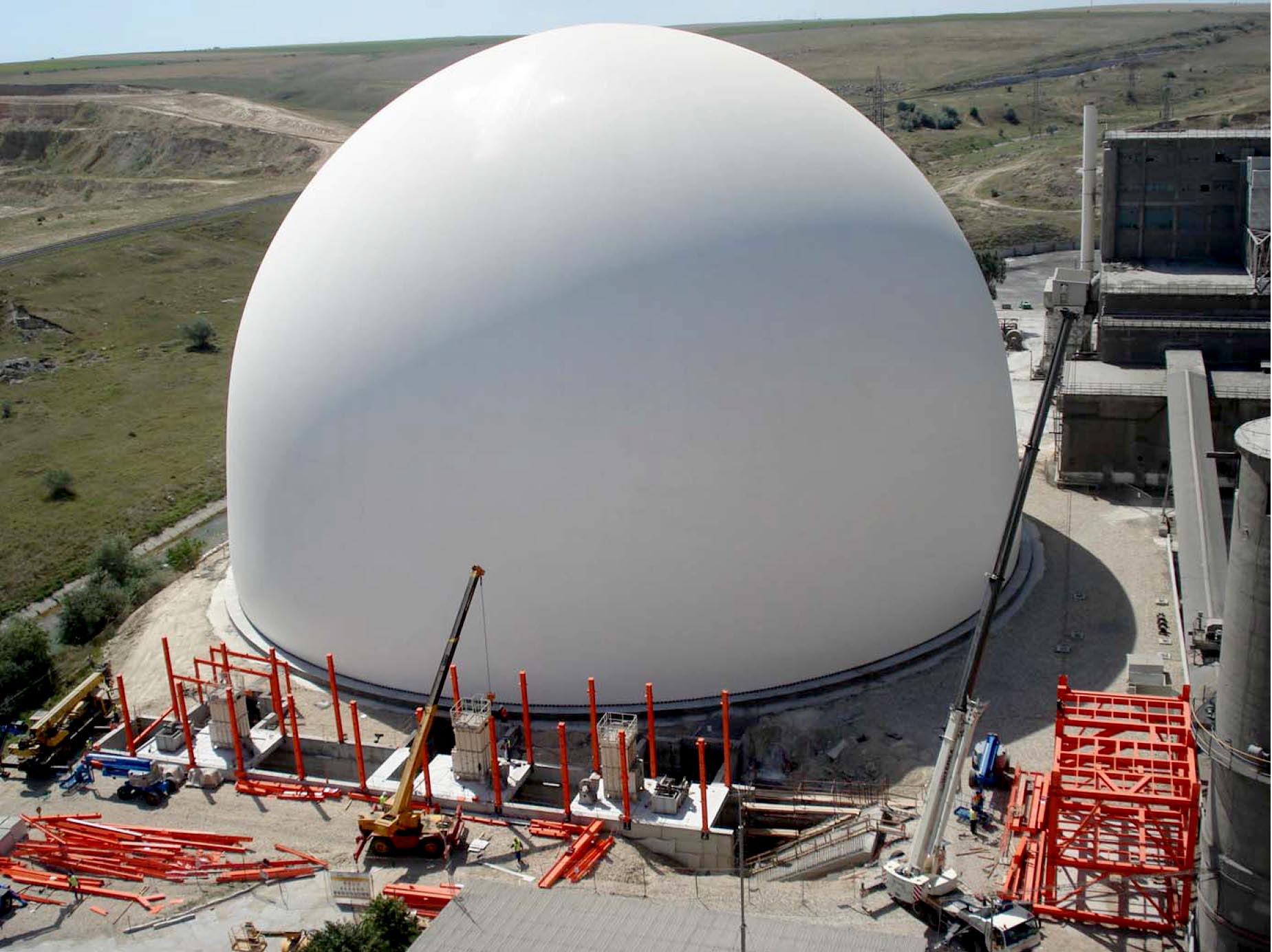 In Figure 13, the concrete shell is designed to hold 200,000 t of cement clinker. The high percentage of gravity reclaim is possible because of the cylinder section under the hemispherical shell. During the feasibility studies, the project cost was optimized. The dome shell is more expensive, but there is no mechanical reclaim, just reliable gravity.

Figure 13 – Cement clinker stored inside this shell, with 4 tunnels, is over 85% gravity reclaim

PEC Consulting has significant expertise in bulk materials handling and storage. We can analyze your bulk storage requirements and advise you on the pros and cons of the various choices. We team each system with the most advantageous loading and reclaim system and evaluate the results. We offer the up-front studies that allow you to choose the best technical, environmental and economical solution for your application.