Most rotary kilns use solid fuels as the main heat source to produce cement clinker.

A training program should be developed and extensive training for coal mill system operators provided on a regular basis. Safety considerations, such as the prevention of fire or explosion are of utmost importance as is the knowledge of how to proceed under normal conditions. The training program should include the development of an operating manual which should be updated with new procedures as situations occur. 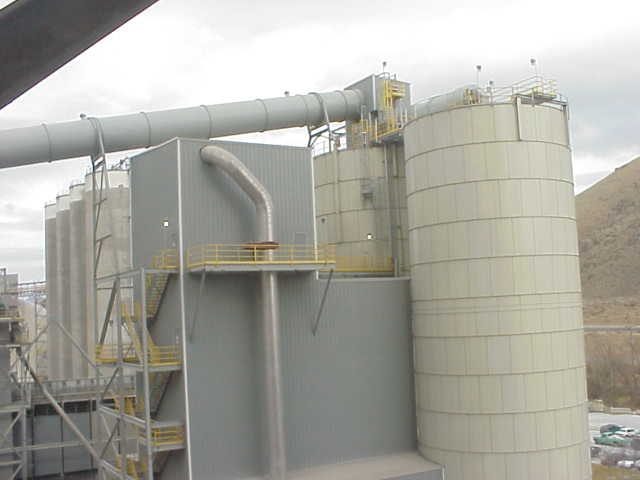 A major hazard associated with coal handling facilities is the possible formation of an explosive atmosphere originating from accumulation of methane and coal dust especially in enclosed areas or tunnels such as rail unloading facilities. Walls should be washed down frequently to prevent dust accumulation, and welding or electrical repair work should not be conducted in an enclosed area during unloading operations or if methane or coal dust is present. Smoking, open flames, and other potential ignition sources should be prohibited in any areas in which coal is being handled or processed.

Fires that start around the edges of coal storage piles should be removed with a front end loader, spread in a location away from the coal storage area, and allowed to cool. Water should NOT be sprayed on a smoldering coal pile. The degree of wetness in a coal storage pile is known to influence spontaneous heating.

Belt magnets and metal detectors on coal belts must always be operating properly. Pieces of metal can cause sparks or become overheated which can ignite a fire or initiate an explosion. Scrap metal in a coal mill is particularly dangerous during mill shut down or start up.

Fires or explosions most likely occur during startup and shutdown of a coal mill system.
If a small amount of coal remains in the mill after it is shut down, it slowly increases in temperature. If the pulverized coal undergoes spontaneous heating and the coal mill is restarted with hot embers present, an explosion or fire is possible. Although this does not happen often, the chances increase when a coal mill is frequently shut down and then restarted.

A coal mill system that goes down, particularly under load, must be treated with extreme caution. In several cases, fires or explosions have occurred when an employee opened an inspection door. Air admitted to the system allows oxygen to reach a smoldering pile of pulverized coal that then ignites explosively. Also, an inrush of air may create a pulverized coal dust cloud that explodes.

Coal dust spills or leaks must be cleaned up or repaired as soon as it can be safely done. A potentially serious problem exists if coal dust is allowed to accumulate inside a building or enclosure, for example around an unloading facility or because of a leaking coal conveying line. If large accumulations of dust exist and a small explosion occurs, the dust build-up can be dispersed into the air as a result of the relatively minor first explosion and then produce a very large secondary explosion.

When coal is freshly pulverized, volatile gases such as methane can be released and the result is no longer a coal dust/air mixture but what is termed a hybrid mixture.

Velocity in Ducts and Burner Pipes

Fuel efficiency would tend to dictate that the airflow should be varied as the coal feed rate varies. However, velocities in ducts or conveying lines must be at least 5000 fpm (25 meters per second), which has the practical effect of limiting how much the airflow can be varied without reducing the velocity below safe levels.

Burner pipes must be designed to maintain a minimum tip velocity of 8500 fpm (45 meters per second). Velocities less than 8500 fpm substantially increase the risk of the coal flame propagating into the burner pipe and potentially through the conveying lines to the coal mill causing substantial damage to the equipment.

COMMON CAUSES OF FIRES OR EXPLOSIONS IN COAL SYSTEMS 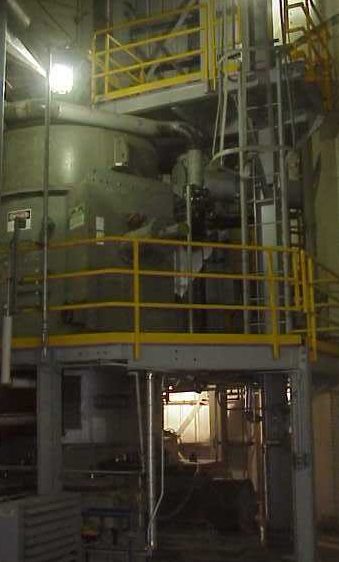 Coal may contain trace amounts of gases such as methane. When coal is handled, it can release some of these gases. Methane concentrations in coal unloading systems, particularly in enclosed areas such as tunnels, elevator housings, and bins can accumulate to dangerous concentrations. Smoking, cutting, welding, or any source of open flame or high heat (such as a light bulb that could break and result in an electrical arc) should be strictly prohibited in coal handling areas.

Oxidation at the surface of a coal particle –which is most active when the coal has been freshly pulverized – and condensation of water onto the coal are reactions causing heat that can lead to spontaneous combustion.

The ease with which coal will oxidize is extremely variable. The total exposed surface area is important because, when more fresh surface is exposed, oxygen has a higher chance of uniting with the coal with the result that the total heat liberated in a given time for a given weight of coal will be substantially greater. When water condenses, it releases heat which can be a significant factor in the initial increase in temperature of a coal dust mass. However, oxidation is how the coal ultimately reaches its ignition temperature.

When a build-up of coal dust is allowed to occur, the coal will begin to heat for reasons just explained. Therefore, it is important that all coal dust is immediately cleaned and dust is not allowed to build-up in piles.

Debris in the coal mill

Every effort must be made to prevent scrap metal and other spark producing debris to enter the coal mill system. Pieces of metal in the coal mill can also be heated to temperatures high enough to start a fire or explosion by being in the mill while it is in operation.

Solid fuel that spills over the bowl and into the area below the bowl can cause a fire since it is exposed to the hot drying air entering the coal mill. The coal mill scrapers will usually sweep the fuel pieces around to the debris chute and discharge them; however, a fire is likely to occur if a coal buildup occurs at the hot air inlet to the mill.

Hot surfaces such as hot bearings, cutting, or welding can start a coal dust fire or explosion. Any unusual temperatures must be reported immediately and steps taken to solve the problem. Cutting and welding around the coal mill system should only be done under strict supervision by qualified personnel. The system should be inerted or washed down with water prior to cutting or welding.

A coal dust explosion will occur if the following three conditions exist:

Theoretically, the absence of one of any one of these three factors would be enough to prevent a coal dust explosion. However, it is preferable to eliminate two or, possibly, all three factors.

The thermal energy required for initiating an explosion could originate from several sources:

On a coal grinding and firing system, maintenance work or inspections that require opening equipment should only be performed when given specific instructions and under the direct supervision of authorized personnel. Cutting or welding around or on a coal firing system can result in fires and explosions. Opening an inspection door on a coal grinding system can provide oxygen to smoldering, powdered coal and result in fires or explosions. Use extreme caution when opening an inspection door. Do not poke or disturb any coal accumulations if there is any evidence of heat, smoke, or glowing embers. Allow the system to cool further and then check again as necessary. When you are convinced everything is OK, remove any accumulations in small amounts. Before working on or around coal firing systems, the system must be inerted or washed down with water to be sure powdered coal can not ignite.

This article was contributed by Gerald L. Young, Senior Consultant at PEC Consulting Group LLC. Jerry has authored or co-authored more than 25 papers that cover cement manufacturing and emissions control. He has conducted cement plant audits and feasibility studies for new cement plants and plant expansions. He has a BSc degree in Chemistry from Missouri University of Science and Technology, Rolla, MO, and a Master’s degree in Management from the University of Redlands, CA.