Cement terminals offer a reliable and low cost logistics system for the distribution of Portland cement. The first leg of distribution is done where possible by water transportation. In navigable rivers, the easiest way to build a terminal is by using river cells. In Figure 1, the cells provide proper draft for the ship or barge. Cells must be located far into the current where the hydrology study indicates proper draft in both wet and dry seasons. 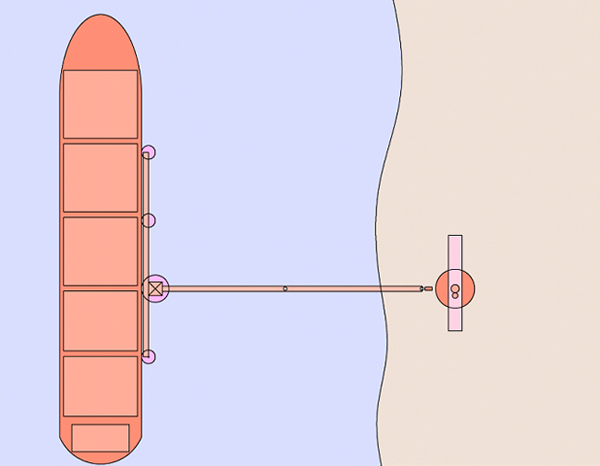 Figure 1: River cells are located in stream; the terminal is along the shoreline

A river cell is often a circular section built of sheet piling filled with rock. Alternate systems are driven piling groups tied together to act as good anchoring points for the vessel.

One of the river cells is oversized to accommodate a receiving hopper or a reclaiming machine. Cement is transferred to shore with a belt conveyor. The arrangement should provide enough cells for proper mooring of various ship configurations. A typical hatch ship is shown in this illustration. Generally, the first, middle and front storage has cement. The other holds are not needed for high density cement (they were intended for transporting less dense grain and similar light weight bulk products). The ship will need to move several times in order to keep proper balance if the terminal is of sufficient size to take the full ship load of cement. Recently, many of these types of ships have been outfitted with an azipod, or multidirectional thruster, which allows maneuverability in small rivers without a turn-around facility. No tugs are required for docking.

Figure 2 is an elevation view of the same arrangement. A very basic terminal would have a drive-through steel storage bin with an adjacent office. The cement is unloaded by grapple or dock-side ship unloader to the hopper, conveyed to shore and elevated to the storage bin by a bucket elevator. Self-unloading vessels are of course preferable. A shroud and dust collector is used at the hopper to capture dust from the operation and to provide for an environmentally friendly site. The elevation of the hopper and the mooring cells are determined from the hydrological study of the site.

Steel bins are most often used when the terminal storage is limited to 4,000 tons. Over 4,000 tons, generally a value engineered solution will suggest a slip-formed silo. One cell concrete silo can generally range from 4,000 to 10,000 tons. The range for a concrete dome is between 7,000 tons and 100,000 tons. Multiple silos require more mechanical devices to function, thus the cost analysis favors one large storage dome over multiple small storages. Because domes carry their bulk load close to the ground, many times they do not need deep foundations (piling) and considerable costs can be averted.

Figures 3 and 4 show a fluidized discharge hopper. When compared to Figure 3, the silo in Figure 4 has gained considerable capacity in cement storage by shifting the location of the loading spout to one side. Even though there is a slight cost of energy, it provides an attractive increase in the storage volume. 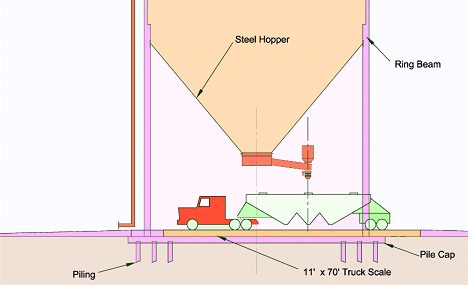 The arrangement in Figure 4 provides the ability to install additional loading lanes. Likewise, this could be a two-silo arrangement with the cement transferred to a drive-through truck loading silo from a larger silo closer to the ground. It is important that the designer value engineer each of these arrangements and advise the client of the best arrangement based on the site conditions. 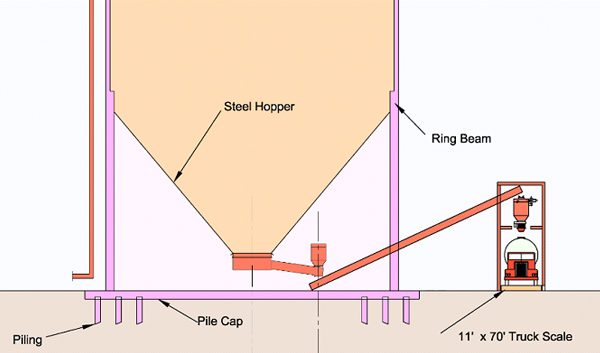 Rail transportation is generally the next best option to water transport. Figure 5 illustrates a simple rail unloading system. The cement is transferred from the port or plant by rail to the distribution terminal. 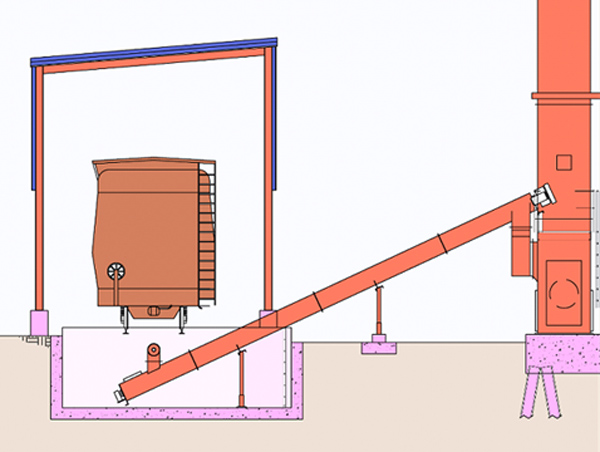 The distribution of cement to new territories is a proven method to expand the market. Value Engineering has repeatedly proven that a well prepared engineering study results in a well planned solution to attending the market needs.

PEC Consulting provides the experience to assist management with lostics planning. Expanding market through distribution terminals may very well be worth the investment.

This article was contributed by T.W.Hedrick, Senior Consultant for PEC Consulting, he has been in manufacturing and engineering for 40 years, holds seven U.S. patents and has written several dozen technical papers for various magazines and conferences around the world.