The Economic Feasibility or “Economic Attractiveness” of a Project is determined by economic indicators such as the Project’s Payback Time, Internal Rate of Return (IRR), or Net Present Value (NPV).

These indicators are the result of an Economic Analysis which was based on estimated Project Capital Expenditures (CAPEX), Operating Expenditures (OPEX), and Market Price among other variables.

This brings the following questions:

The following Case Study is used to demonstrate a project’s susceptibility to input variables:

For the above scenario, the Economic Model would show the following financial indicators which present the project as economically attractive:

In another scenario, what happens if the Project CAPEX exceeds the budget by 20% and the estimated OPEX Cost is underestimated by 15%? Is the project still attractive?

The following analysis shows the sensitivity of Payback Time, IRR and NPV based on variations of + 20% in the Project’s estimated CAPEX and/or OPEX. 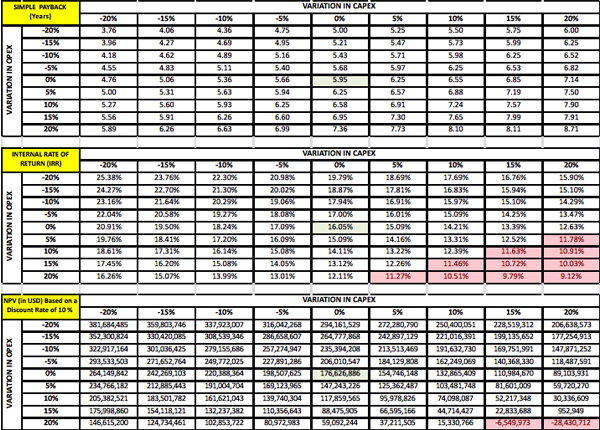 From the above, it can be easily seen how variations in OPEX and CAPEX affect project economic indicators.

This Sensitivity Analysis can also be generated for other variables such as price, interest rate, inflation, and others which may be of concern in a project.

A Sensitivity Analysis can be used to account for other variables, such as:

PEC Consulting is experienced in developing Economic & Sensitivity Analysis Models and recommends actions at every stage of Project Development: Conceptual, Prefeasibility, Feasibility, and project execution to minimize risks. Our services include: 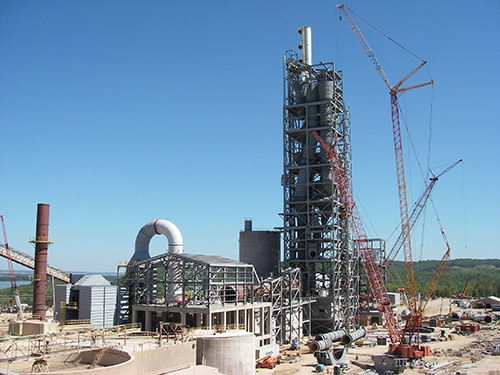 This article was contributed by Jorge L. Lerena, Consultant and Project Manager at PEC Consulting Group. His expertise includes financial and economic evaluation of industrial facilities. He has participated internationally in Brownfield and Greenfield mineral processing plant projects.